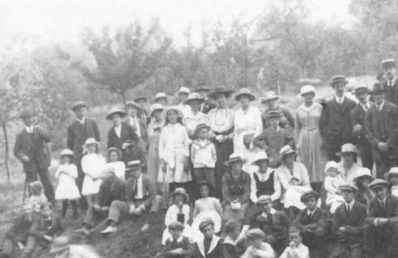 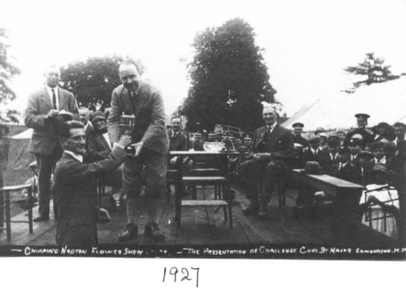 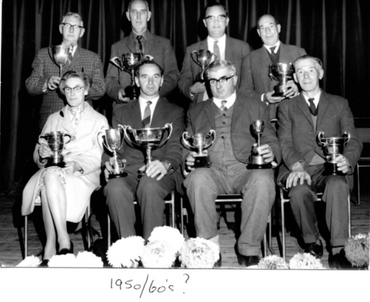 It  has been difficult to trace exactly when the association was formed – especially under its present name.  The first minute book available is dated 1936 but referred to an AGM the previous year.

A two column article in the Oxford Times dated September 6 1862 gives a report on the 6th annual Chipping Norton and Horticultural Society exhibition which was held at “The Mount”, Chipping Norton.  The West Midland Railway Company ran an excursion to the town for the show.  The article gave very critical comments about some of the produce at the show, but prizes were given.  Music was played during the afternoon by the Grenadier Guards on a platform in the middle of the exhibits in tents arranged around the sides.  The article stated the “interesting proceedings were brought to a close with a concert in the Town Hall by a number of members from the Royal Academy of Music with the Grenadier Guards.”

In 1863/4 a show of the Stow on the Wold and Chipping Norton Agricultural Society was held in Chipping Norton.  An original prospectus was sent to the present secretary some years ago (now placed in the Museum) but a copy is held by the secretary.  This prospectus had been sent to R.S. Holford Esq. MP – firstly to his home in Tetbury then redirected to Dorchester House, Park Lane, London.

Nothing more is known until February 1922 when an article from a newspaper (not known which one) appeared for the Annual Meeting of the “Allotments and Horticultural Association”, held in the Council Chamber of the Town Hall.  Again, a two column report with many details and names, many names still known locally.  Even within this organisation there was a poultry section.  This show was held at Rock Hill house.

In 1940 the Society was suspended due to the war and not restarted until 1948.  Members were encouraged to support the “surplus crops scheme.”  There are no minutes saying anything more about this scheme.  From the minutes it would appear the name was changed from “society” to “association” when meetings and shows restarted in 1948.

In 1948 there was one big show and a series of lectures were held.   At this show admission was 6d./children 3d.  A dance was held in the evening admission 2/-.  In 1949 the W.I. joined with the association for spring shows and this seems to have continued until the 1970’s. The association also appears to have been responsible for judging the allotments.

The association started to struggle during the 1950’s.  There seemed to be lack of support and there was a deficit on most of the 3 shows held each year even with dances held after most shows.  The committee met usually each month to discuss shows, purchase of fertilizers, seeds and potatoes which seemed to be purchased in bulk for members.  The committee worked really hard to keep things going but it was becoming a struggle – but they soldiered on!  Bulbs were purchased in the autumn and sold to adults and children for them to plant and then bring along to the spring show.

In 1991 two shows and two outings took place – also plant stalls were started to try to help with the deficits at the shows.  Shows continued until 1995 when that year support was very poor.  So in January 1996 an extraordinary meeting was called to discuss the problem and also the need for new officers and committee members, due to resignations and deaths.

It was decided to discontinue the shows and continue under its present name CNHA but become more of a gardening club.  There would be six talks a year and two outings – new committee members were forthcoming filling official positions.

Since the change, the association has gradually strengthened in numbers and members being willing to serve on the committee. 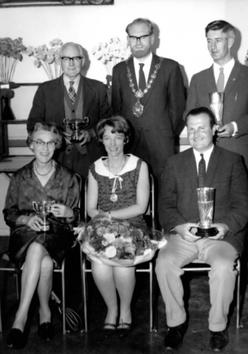 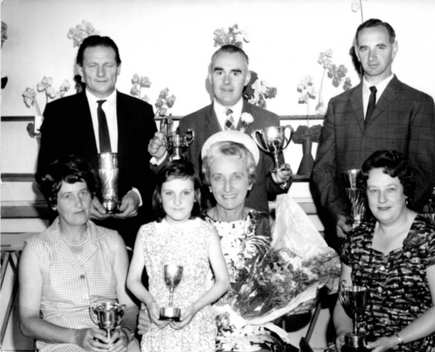 Highlights since the new millennium

In October 2006 the association had a special evening in the Town Hall when the writer and broadcaster, Chris Beardshaw spoke to a capacity crowd, and very much enjoyed by all.

CNHA sponsored an “Open Gardens” in August 2008 when visitors were invited to visit 9 gardens in the town.  The money raised (over £1000) was in aid of the Lawrence Home Nursing (LHN) team.

Joe Swift, writer and broadcaster spoke at a special event in September 2009 in the Town Hall. The hall was almost full and he was well received.

The association helped at the open garden of the late Dr. Peter Mond in aid of the LNH team, in 2012.

The association has taken part in the Methodist Christmas tree festival; had plant stalls at the Town Festivals and promoted its work at the “Organisations Days.”  During the summer months a group have a “working party” at Abbeyfield, Chadlington helping to keep the gardens pleasant for the residents.

Members and friends enjoy visits to large and small gardens and houses by coach and locally by car during the summer months.  Two visits to Highgrove, the home of HRH Prince Charles, have taken place in 2004 and 2010.

We meet monthly (7 meetings), during the winter months at the Chipping Norton Methodist Church hall the 3rd Wednesday of the month at 7.30pm., visitors are always welcome.

We are now looking forward to another special event which will take place on Wednesday 21st. September 2016.  This is to celebrate over 150 years of gardening in Chipping Norton.  This will be in the Town Hall and the guest speaker will be writer and broadcaster Tony Russell now living in North Wales but formerly of Westonbirt, Gloucestershire.  See programme for further details and his biography.

A quote from the chairman of the 2002 AGM, John Grantham:

“The association has had many “up’s and down’s” but as it is one of the oldest in Chipping Norton he hoped it would continue.”